Stemma (plural stémmata), or in full stemma codicum, literally means ‘genealogical tree of the codices’. The word stemma ultimately derives from the Greek στέμμα ‘wreath, garland’, in turn from the verb στέφω ‘put / hang around’, but it is used metonomastically already in Latin antiquity to mean ‘genealogical tree’ (e.g. by Suetonius, De vita caesarum, Claudius 2). What we call today a stemma codicum was proposed in the 18th century as a tabula quaedam quasi genealogica by Bengel (§ XXIX, p. 20) in the context of such a hypothetical genealogical tree of witnesses of the New Testament. But apparently only in the 19th century were such “tables” first printed in editions. The first scholar to publish a stemma seems to have been Carl Johan Schlyter in 1827 (calling it a schema cognationis), whereas Carl Gottlob Zumpt may have been the first person to use the designation stemma codicum mss. (i.e. manuscriptorum, p. XXXVIII, but relegating the actual stemma to a foot-note) for them in 1831 (cf. Timpanaro 1963, p. 61). The term becomes the accepted technical term in the wake of Paul Maas’s Textkritik.

CM and PR have proposed this definition: A stemma (codicum) is an oriented tree-like graph representing a scholarly/scientific hypothesis about genealogical relationships between witnesses, on the basis of the text-state they contain and on the basis of historical evidence about them as objects.

Stemmata are thus related but not equal to oriented tree-graphs. The former may exhibit more than exactly one path from node A to node B, especially so in the case of contamination (usually shown in stemmata as dotted lines). A tree-graph, however, must by definition have exactly one path from any node to any other node. The oriented tree-like graph is more precisely required to be an oriented, or a directed, acyclic graph (DAG). The definition calls these graphs tree-like as they can usually be changed into tree-graphs by removing relatively few edges (those representing contamination). The orientation leads to the facts that such a tree-like graph must have a root, called the archetype, from which the rest of the tradition descends. Intermediate hyparchetypes will usually also figure in a stemma. All available information about the text should be taken into consideration to draw a stemma (including external information about the transmission).

Non-oriented graphs are occasionally also called stemmata, but for clarity it would seem preferable to differentiate these as tree-graphs or the like. See also cladorama. 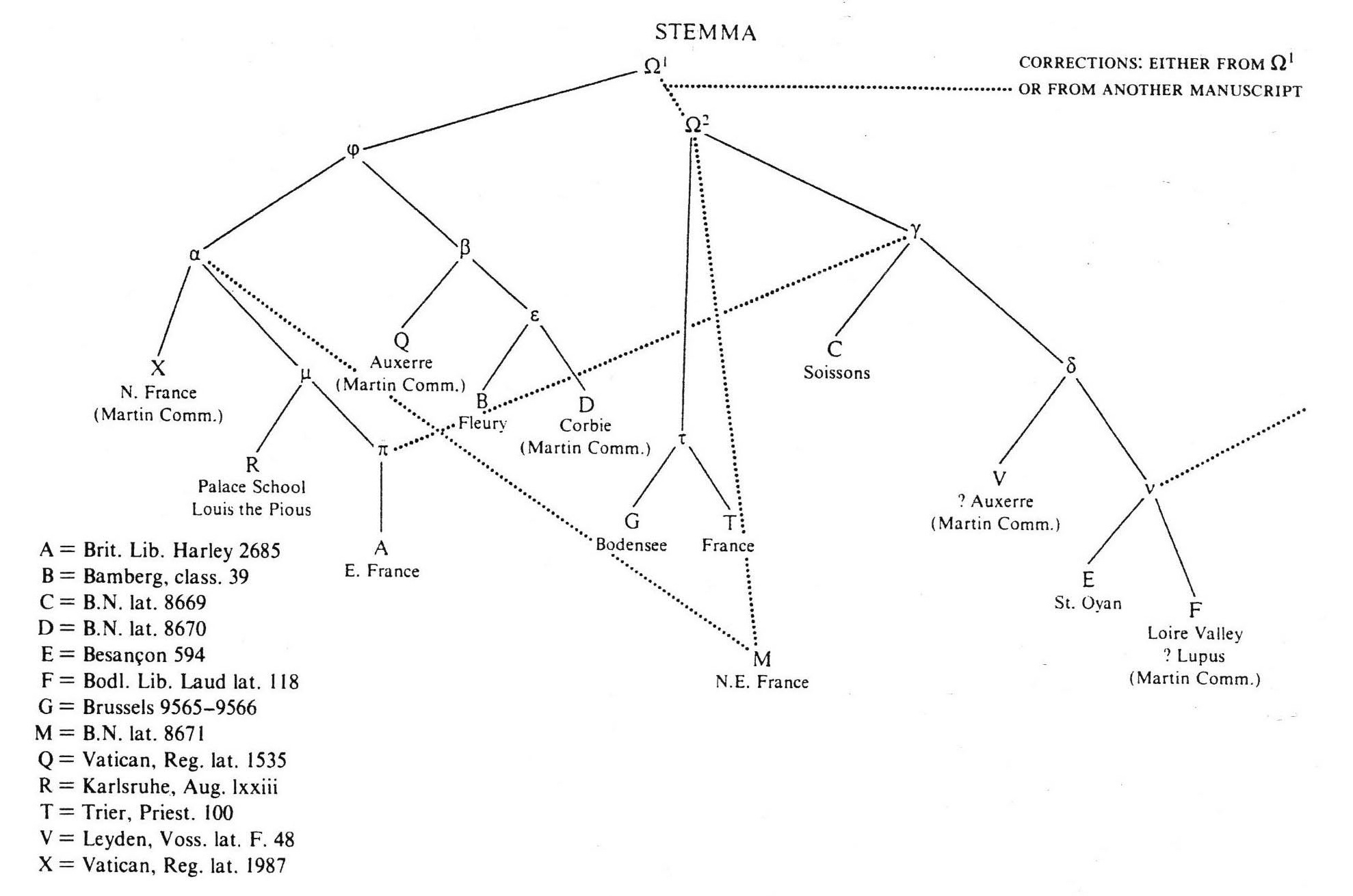