A node is one of the two kinds of objects that form a graph, the other being the edge. In stemmatology nodes correspond to witnesses, edges to the relationship "was copied from". Vertex is a synonym for node. Cf. also internal node. 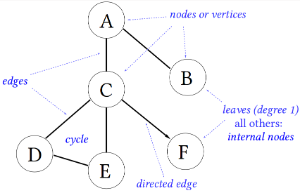 Fig. 1. Example of a graph depicting the names of important parts of a graph or tree.