A group outside (the organisms presently studied). The term was first used in this context 1973 according to the OED.

Such outgroups are used as an external baseline allowing to introduce direction into the undirected tree. Among biological species there is usually an outgroup of more distantly related species available, whereas in textual criticism this is rarely the case (but see the example below).

Thus outgroup comparison is a method used to polarise characters in cladistics. "For a given character with two or more states within a group, the state occurring in related groups is assumed to be the plesiomorphic state" (Watrous and Wheeler 1981, 1-11). In textual criticism, a similar method is often employed, although it has never received a theoretical framework or even a name: an indirect tradition is sometimes used to ascertain which variant reading is stemmatologically primary.

Example: Gregory of Nazianzus, Homiles in Greek (from Macé 2015)

Fig. 1. Collation in Greek, Latin, and Armenian of a locus, exhibits the word "only" only in Latin and Armenian.

2. Since in some cases those Latin-Armenian variant readings must be considered original / primary, it means that the Latin and Armenian translations are on (a) different branch(es) than all the rest.

Fig. 2. Partial stemma showing that the Latin and Armenian translations branched off before any of the preserved Greek witnesses. 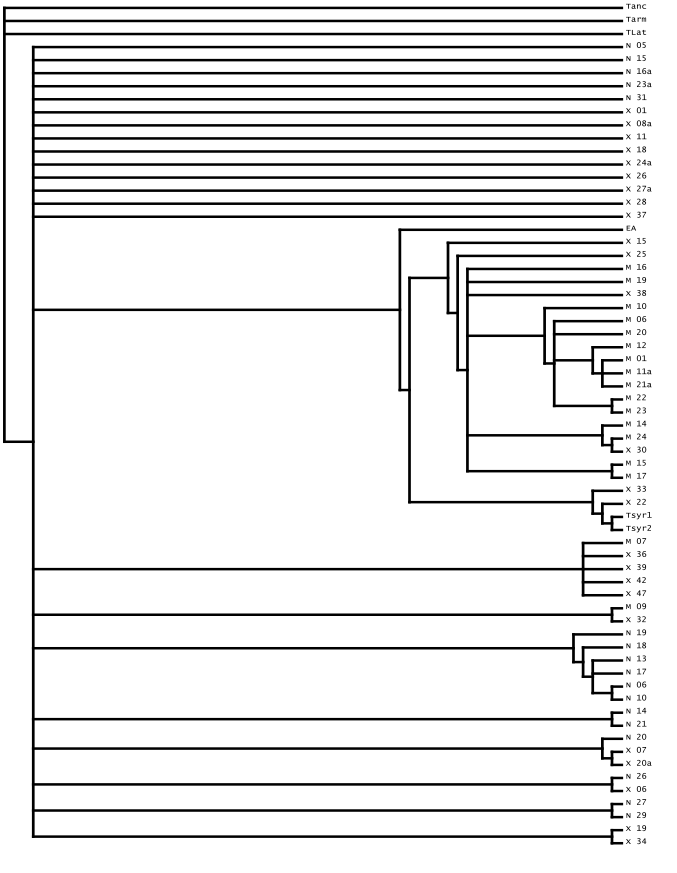