Probability theory (or familiarity with probability and some measure theory) and some complex analysis (including at least conformal maps and Riemann mapping theorem). The material on Function theory III taught in the fall 2010 semester is useful but not required.

The theory of Schramm-Loewner evolutions (SLE) is a topic which combines fruitfully complex analysis with Brownian motion. SLEs are random planar curves which are characterized by certain conformal invariance property.

SLE was introduced by Oded Schramm in 1999 and since then it has been really active field in mathematics. The original motivation of SLE was to study in what way critical statistical physics models are invariant under conformal mappings. Because of conformal invariance, SLEs are the only possible continuum limits of interfaces in two-dimensional statistical physics. The rigorous connection between those random interfaces and SLE is the biggest success of the theory.

This course is aimed for anybody interested in complex analysis, stochastics and/or statistical physics.

On this course we will first spend a couple of weeks giving the necessary background in stochastic calculus (Brownian motion, Ito integral, Ito's formula, stochastic differential equations etc.) which is of course extremely useful tool for many things, also outside this course. Then we recall some background in complex analysis, most likely, more quickly without proofs. Most of the course will be spend introducing and studying SLE and will include the following things:

During the course we will also comment on the connection between SLE and the statistical physics, but we don't have time for the full treatment of that topic. 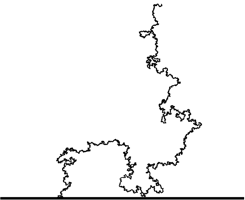 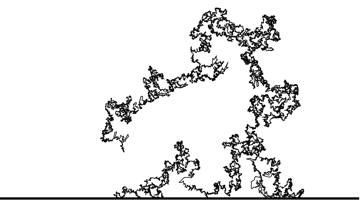 Some examples of the models successfully connected to SLE: 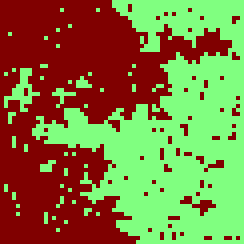 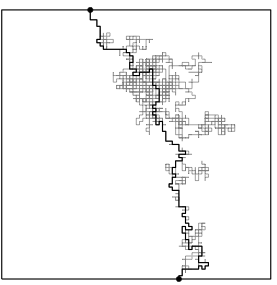 Here are some introductory texts to SLE:

Short description of each lecture will appear here together with the lecture notes:

In January or February 2012, there will be a seminar talk on the subject "How to show that a discrete random curve converges to SLE?".

Did you forget to register? What to do.