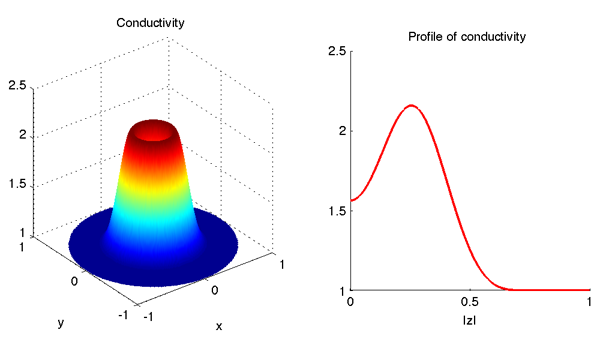 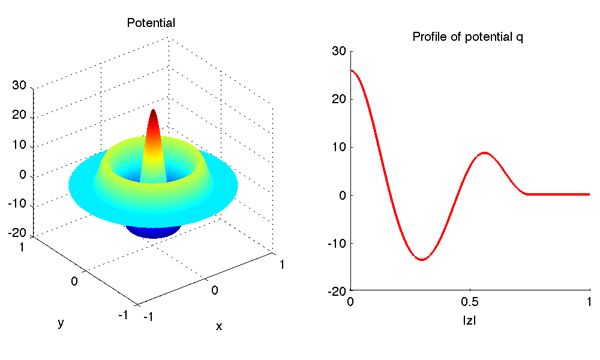 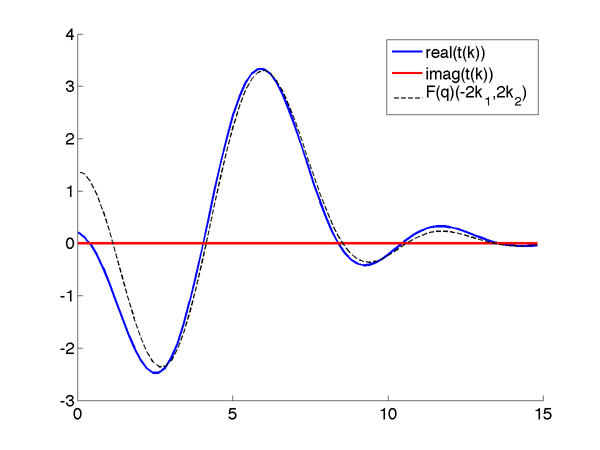 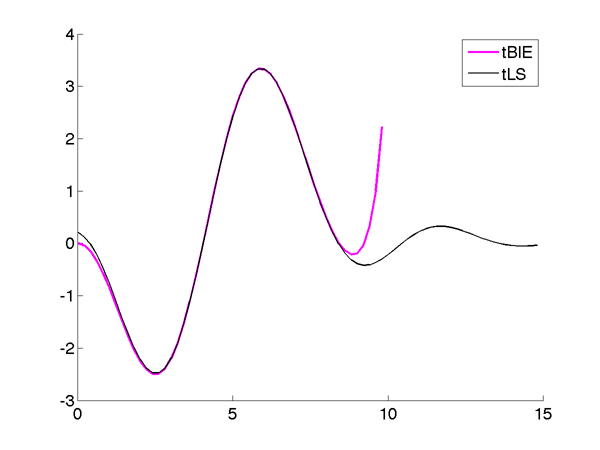 You can look at the reconstruction using the routine recon_plot.m. You should see something like this: 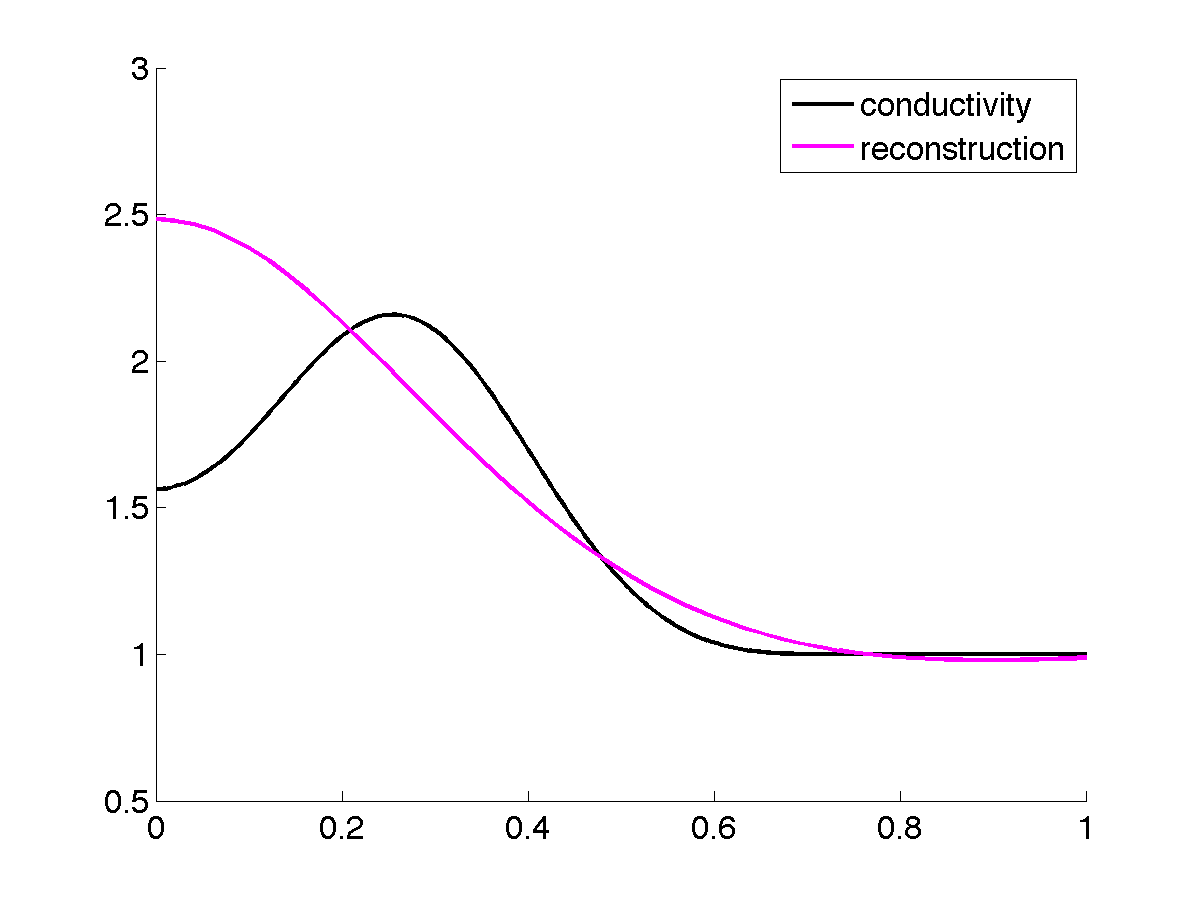 Here we used R=4, so the reconstruction is not very close to the original. Try setting M=8 and R=7 in
tBIErecon_comp.m and see what recon_plot.m produces then.

Note carefully that although we used the rotational symmetry of the conductivity to speed up some of the above
computations, the solution of the D-bar equation is a two-dimensional process, not one-dimensional.
We did choose the reconstruction points along the positive x1-axis for convenience, but any planar point x
could be chosen. Also, note that the reconstruction at one x point is completely independent from the reconstruction
at another point, so the D-bar method allows region-of-interest imaging and trivial parallellization.

You can experiment with the truncation radius R. When you use tBIE computed using the boundary integral equation,
you can take R up to 7 with no problems. However, when R is so large that the bad-quality parts of the above magenta
plot are being used, the reconstruction will be bad.

You can take the experiment further by using tLS instead of tBIE; then you can push the reconstruction to higher
values of R. Also, you can replace the low-quality tLS values near k=0 with the higher-quality tBIE.