The model is equipped with variational data assimilation tools for both 3D- and 4D-VAR, for which the adjoints to the main chemical routines (CB4 and linearized sulphur oxidation chemistry) and all dynamic modules of SILAM have been developed (Vira & Sofiev, 2010).

Silam was constructed at the Finnish Meteorological Institute and transferred to my group in the beginning of 2015.  Currently CSC (IT Center for Science in Finland), Dr Sofiev’s (the SILAM group leader at FMI) and my group are working jointly together on the optimisation of the SILAM code for Xeon architectures. This activity will enable the implementation of more computational expensive modules into SILAM. This initiative will give us the opportunity to study SOA formation, growth and transformation processes with a focus on the anthropogenic impact with high temporal-spatial resolution for large areas like Southern Finland. 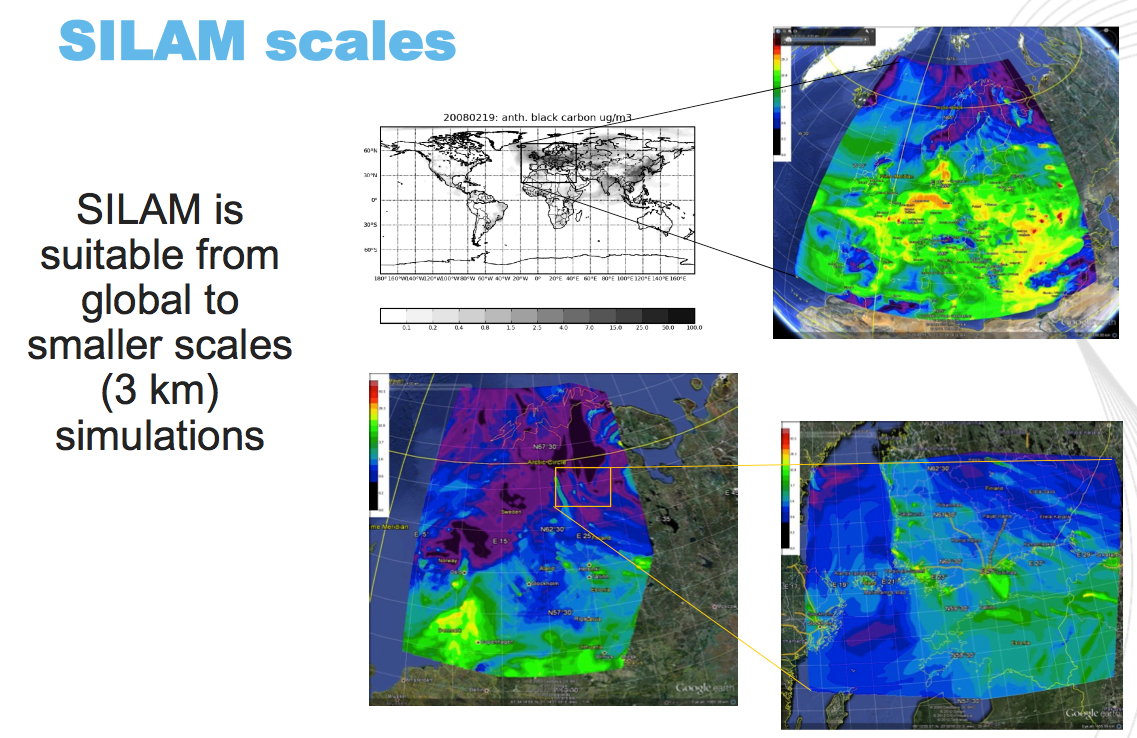